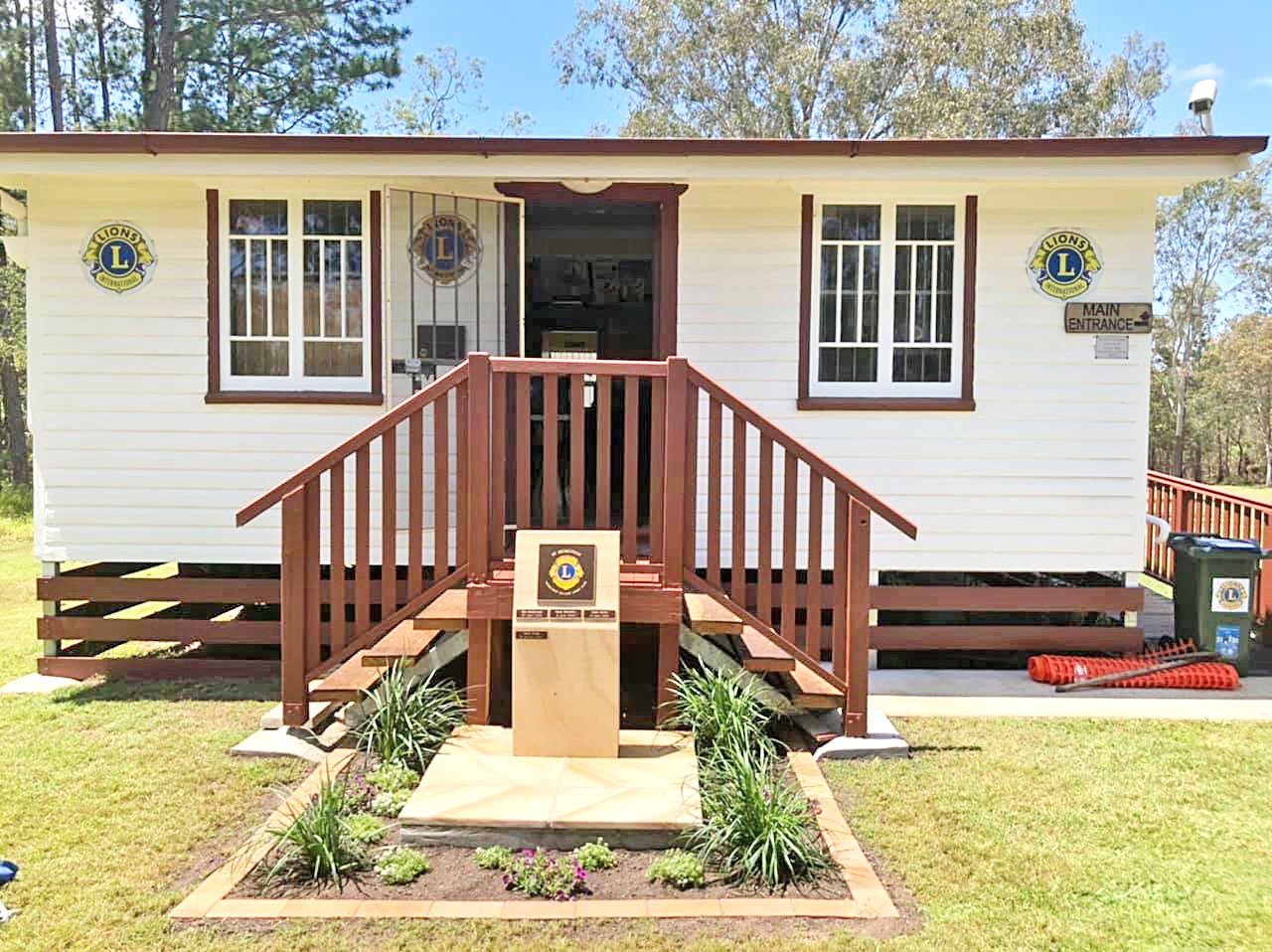 As past Lion Member Sharyn Smith delightfully tinkled the ivories in the background on a beautiful but hot day in October, almost 50 people, Lions members, and invited dignitaries, gathered together to fondly commemorate deceased members by unveiling a memorial stone in their honour.

From Bev McFarlane’s keenness for tree planting, and Doug Delaforce’s unforgettable Santa Claus in shorts and socks, Colin Monro’s dedication to raising over $7000 by slowly but surely selling clay pots, and Carol Hines’ commitment to her secretarial role and love of zone meetings, their service to the community now has a fitting remembrance. Carol was doubly honored by the attendance on the day by her son Karl and his young family. Councillor Jeff McConnell, an original charter member, praised the Tamborine Village Lions Club for being instrumental in the installation of the War Memorial, commended the group for their fund-raising efforts, and said it was “great to see that people who serve the community are remembered”. President Paul Krahnen quipped that since “no one else was planning on popping off soon, this memorial stone should last quite some time!