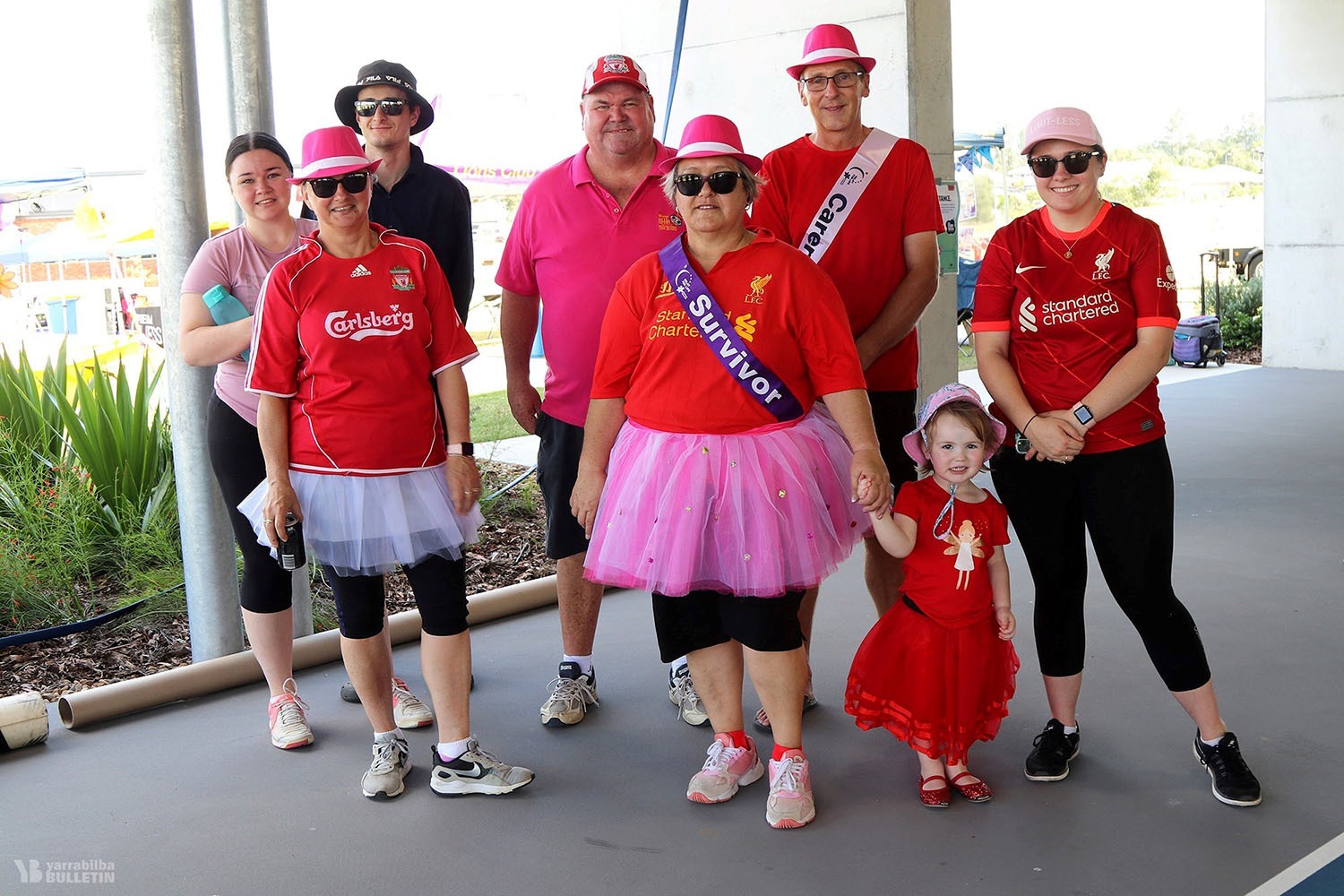 The inaugural Yarrabilba Relay For Life (YRFL) kicked off on Saturday 23 October 2021 at San Damiano College in Yarrabilba. 130 participants joined together to raise money for the fight against cancer.

The Opening Ceremony commenced at 2pm with an Acknowledgment of Country for the Yagara and Yugambeh people as traditional custodians. An opening address was given by YRFL Chairman Penny Goodall welcoming many special Guests including Cancer Council’s Susie Longman, Emma Wilson, and Alena Smith. Cancer Council Volunteers Debbie McGregor and Neville Hess were also welcomed, and the Yarrabilba Relay For Life Committee Members were thanked for their diligent organisation of the event.

Diana Bryson proudly took the stage as Face of Relay 2021 to speak of her battle, and then cut the ribbon, alongside State Member of Logan Linus Power MP and Councillor from Logan and Patron of Relay Cr Laurie Koranski, to officially open the Relay.

The teams also enjoyed three amazing musical performances by bands: ‘Funk Knuckle’, ‘Colloquium’, and ‘Raw’. A Karate performance was made by TSKFA Logan Village, and the Village Rockers treated onlookers to many ‘rocking’ dance numbers. All the while, team members completed their laps receiving a bead with each revolution to create a necklace of hope. During
the day, one team, the ‘Hope Hippies’, was awarded a special picnic table setting for raising $500 in the first week!

Upon dark, a moving Candlelight Ceremony was held to honour those who had lost their battle with cancer. Teams continued to walk the laps until the closing ceremony, demonstrating their strong dedication to the cause. With 18 teams registered, and the commitment of the walkers symbolised in every step, the total amount raised was over $20,000.

Yarrabilba’s next Relay For Life will be held on 20 September 2022.