A Warm Embrace For Mabel And Helen

It was a heart-warming moment at Tamborine Mountain’s Zamia Theatre recently, when Mountain resident Helen Wyatt was warmly hugged by her grandmother, Mabel – eerily, 85 years after her grandmother died.

The occasion was a ‘show and tell’ about a new play, M  for Mabel, written by local Janis Bailey. Mabel Forrest was a celebrity journalist, novelist and poet back in the day (the 20s and 30s). Brisbane-based, she sought refuge on the Mountain when she could, and built a little cottage which still stands. Her fascinating story is brought to life in the play, which features well-known historical figures like film-maker Charles Chauvel, and Queensland Governor Sir Matthew Nathan, who were friends of Mabel’s.

The magic of theatre – allowing time travel at will – meant that it was actress Danee Lindsay, playing Mabel, who embraced Helen. Danee was also able to sashay around in an exquisite, hundred-year-old embroidered velvet opera cloak which the Wyatt family is lending to the production. In addition to her talent, Mabel cut a stylish figure on the Brisbane social scene, although she opted for cotton dresses and sensible shoes when she visited the Mountain.

The TM Progress Association sponsored the talk, which was part of its series dedicated to issues pertinent to the Mountain. Tamborine Mountain Little Theatre’s production opens on 17th April. 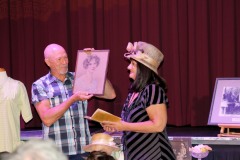 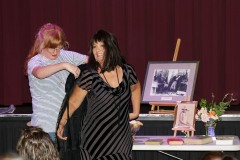 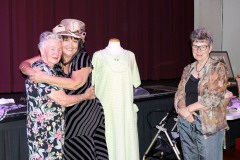 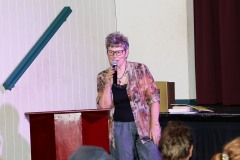 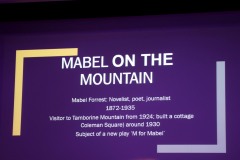 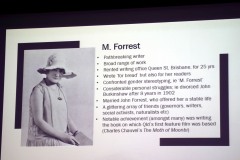 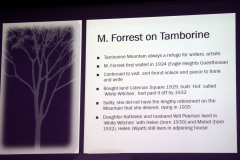 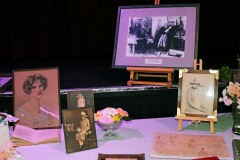 Cabaret seating, BYO everything, it’s a great night out for friends and clubs, as well as individuals. Bookings will open on the theatre’s website in a week or so. Enquiries Janis Bailey on 0418 122 295.

A Note From The Editor

We hope everyone is having a great start to Summer!
I must say it was a relief to have the mask restrictions lifted, so glad to not have to continually ‘suck in’ your own breath – SPOKE TOO SOON! But I am genuinely concerned for the upcoming mandate by the Queensland government and what it will mean for businesses, their staff, and ultimately livelihoods in terms of financial stability. Choice is something we as a democratic society enjoy as a right, so it will most likely be quite difficult, and possibly frightening, for those who are unwilling or unable to comply with the mandate’s requirements. An interesting point of note regarding the Queensland-NSW border closures is that when they were closed in March 2020, it was the first time they had been closed since the Spanish Flu in 1919 – over 100 years ago! But I digress – over the past month I have attended two gatherings of citizens coming together to protest the mandate.
At one of them, I was talking to former Mayor of Beaudesert, Joy Drescher, only to discover some hours later that evening she had unfortunately passed away. It came as a great shock, and a big lesson to not take for granted you can always return to a conversation to talk or engage further with someone because you just don’t know what is going to happen and when things in life are going to change. Vale Joy, you will be greatly missed! Thank you for your wonderful and colourful interactions!
Hoping to take a bit of a break for the New Year and a bit of a restructure of the papers, so stay tuned for a ‘bit of excitement’ going forward!
Stay safe and inspired, and hope everyone has a lovely end of year celebration with family and friends. Wishing you all a very Merry Christmas and a happy New Year! Bring on 2022!
Best Wishes Kerri